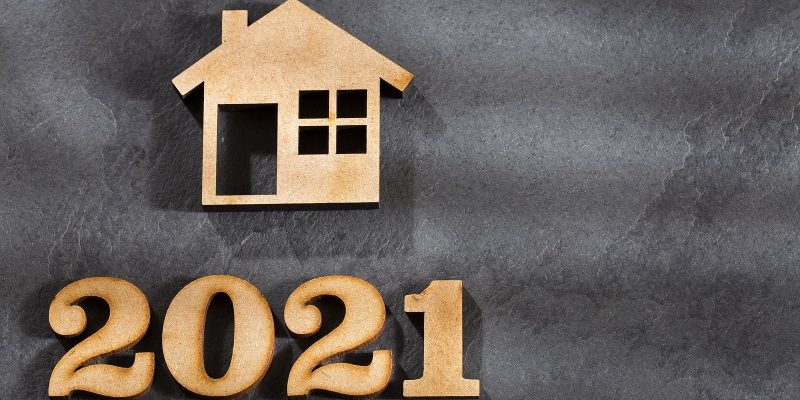 In 2020, the housing market seemed continually flush with buyers as sellers became ever more scarce. Buyers, enticed by record-low mortgage rates, sought out new homes in droves, creating a rapid-pace market for real estate agents across the country.

More than 1,000 HomeLight agents recently surveyed by the referral platform expressed optimism about a hot market in the year ahead but noted that low inventory, and other factors, will continue to be a struggle.

Between Nov. 9-23, 2020, HomeLight conducted its Q4 survey via an online poll of its top affiliated agents across the U.S. who were selected based on performance data like transactions and reviews, which the company uses to select agents for buyers and sellers who use the platform. Here’s what those agents had to report.

Factors impacting the market in 2021

In November, the National Association of Realtors (NAR) reported that inventory was down 22 percent year over year. Twenty percent of HomeLight agents surveyed said that low inventory would likely make the greatest impact on the market in 2021, as mortgage rates continue to dip even further.

However, 50 percent of agents surveyed stated that the rollout of COVID-19 vaccines could change the inventory problem for the better, noting it might give sellers the confidence they need to enter the market again, especially if more businesses ease restrictions.

As more companies continue to adopt or solidify remote work options for employees in the wake of the pandemic, top HomeLight agents said in the survey that such maneuvers will continue to impact migration trends into 2021.

Top HomeLight agents also feel that the start of the Biden administration’s term in office may provide a boost to real estate with its housing proposals. A 55 percent majority of HomeLight agents expressed their support for Biden’s $15,000 tax credit for first-time homebuyers, and 11 percent of surveyed agents noted that finding an affordable home will be the biggest hurdle for buyers in 2021.

As clients continue to stay at home well into 2021, HomeLight agents noted that they’re thinking about upgrading their home environment, including their kitchen, bath and outdoor spaces.

In the kitchen, most agents say their clients want a kitchen island upgrade most (64 percent of agents), followed by a walk-in pantry (62 percent) and ample cabinet or drawer storage (57 percent). Meanwhile, in the bathroom, most agents say their clients want to upgrade to a double vanity sink (65 percent), followed by a rainshower head (39 percent) or dual shower head (37 percent).

However, homeowners who have sought to make upgrades in recent months have faced significant supply shortages and rising prices as a result of the pandemic. Lumber prices have skyrocketed by 150 percent since mid-April 2020, according to the National Association of Homebuilders. Fifty-three percent of HomeLight agents surveyed also reported labor shortages in their market, 51 percent noted appliance shortages, and 30 percent said there have been shortages of windows and doors.

In light of increased client urges to work on their homes during quarantine, 51 percent of HomeLight agents said homeowners should refrain from personalizing home materials too much, 38 percent of agents warned against using up savings during national uncertainty, and 36 percent said homeowners should be wary of paying a premium during this time for materials or labor.

The commerce options in a neighborhood often have a significant impact on the area’s attractiveness and home values. But the pandemic has thrown many businesses into a state of uncertainty with 163,735 total U.S. businesses having closed temporarily or permanently as of August 2020, according to Yelp’s Local Economic Impact Report. About 19,590 restaurant closures that have happened since the start of the pandemic are likely permanent ones.

The rise of second homes

As homeowners have sought to find ways to keep life at home interesting, many are turning to second homes, and likewise, transitioning vacation homes into work-from-home properties.

A whopping 81 percent of HomeLight agents surveyed said they’ve seen an increased interest in second homes in their market. Furthermore, 41 percent have seen a rise in clients selling their primary residence and living in their secondary residence full time.

With remote work becoming the new norm, 49.6 percent of survey respondents said the primary factor driving demand for second homes is the ability to work in a warmer climate. But not far behind that factor are the ability to own a second home while traveling is a less safe option (49.4 percent) and the ability to latch on to low mortgage rates (47.5 percent).

Buyers shopping for second homes now are mostly looking for warm weather, affordability and the potential to earn rental income.

The future is endless for real estate. Rountree Realty is always happy to go over any part of the process and answer any questions you may have. Don’t hesitate to reach out. We thank you for your continuous support.